There is no doubt in the fact that renowned people like Mark Zuckerberg, Bill Gates and many others have reached success by starting their journey from the school. All of these famous names understand the significant part education has played in helping them reach where they are.

The success and understanding the value of education have made them compassionate and today, they are playing their part in helping the schools. So, let’s have a look at the list of some of the companies that are doing the same. 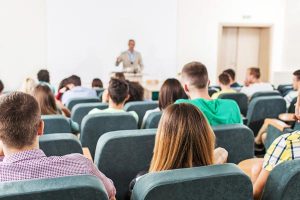 The Facebook co-founder and chief executive officer Mark Zuckerberg founded the Chan-Zuckerberg Initiative with his wife, Priscilla Chan. It is a nonprofit organization and is focussed on helping the science and education sectors. This foundation named after both Zuckerberg and his wife has donated millions of dollars to the school districts and many different education based organization all over US.

The Coca-Cola is of the leaders in soft drink and beverages industry. It has a philanthropic arm since its inception in 1984 that is called as “The Coca-Cola Foundation.” The company has been spending one percent from its prior year’s operating income every year for the betterment of the local people of its area of operations worldwide. They are helping the school education worldwide as well.

Bill and Melinda Gates are famous philanthropists. They offer help to the people through their non-profit organization named Bill and Melinda Gates Foundation. This organization also focuses on K-12 education in US. Strengthening the connection between teachers and students is also the focus of this foundation. Along with the donation programs, this organization also tries to find new solutions that could prove helpful for the students to realize their potential.

Google offers help to the educational institutions through its philanthropic arm, Google.org. They provide Google Education services to the schools and they also offer grants to the schools worldwide. This organization not only helps the schools solve problems in various areas but also offer community grants to effect the local schools as well as communities.

Walt Disney Company has been actively helping the children and schools. They have donated 23.1million books in the last four years. This company has also donated 333.3 million to non-profit organizations in helping kids, families as well as communities.

We are a company that offers assignment writing assistance to the students from all over the world. You can also opt for our online assignment help if you find it tough to write an academic assignment.